U.S. Aqua Vac’s cleaning will help rid or greatly reduce the spread of…Naegleria fowleri is the agent of primary amebic meningoencephalitis, a fulminating, rapidly fatal disease. It thrives on the nutrients in the organic sediment. More than 150 cases of this disease have been recorded and counting. The disease usually affects children and young adults. In almost all cases, the victims contact the amebas by swimming in infected fresh water. The amebas enter the brain via the olfactory tract after being inhaled or splashed onto the olfactory epithelium. The incubation period ranges from 2 to 3 days to as long as 7 to 15 days, depending partly on the size of the inoculum and the virulence of the strain. The incubation period in animals infected experimentally with N australiensis or with a mildly virulent strain of N. fowleri has been as long as 3 or 4 weeks. The disease appears with the sudden onset of bifrontal or bitemporal headache, fever, nausea, vomiting, and stiff neck. Symptoms progress rapidly to lethargy, confusion, and coma. In all of the recorded cases, the patient died within 48 to 72 hours.​

U.S. Aqua Vac’s cleaning will help rid or greatly reduce the spread of…A war rages along our Atlantic Seaboard and the Gulf Coast. Thousands of birds have already died in this war, and millions of dollars have been spent to combat the foe. The enemy: the West Nile virus, a deadly disease never before encountered by the birds in North America. With your help, this epidemic may be slowed, halted, and possibly reversed.
The West Nile virus was first isolated in the West Nile District of Uganda in 1937, but only recently has it been detected in North America. The virus is primarily a disease of wild birds, spread from bird to bird and from bird to mammal by the bite of a female mosquito. Besides killing birds, the virus can cause deadly brain diseases in humans and horses.

The odds of humans contracting the West Nile virus are extremely low, and birds themselves pose no threat to humans. The virus cannot be transmitted directly from birds to people, or from people to people. You cannot get the virus from touching alive or dead infected bird. Infected mosquitoes (which only bite live birds) are the principal transmitters of the virus.

The spread of the virus threat can be slowed down (or dispersed) by taking a few precautions. Mosquitoes breed mostly in dirty pond and swampy, marsh-like areas. Keeping areas with water clean will greatly slow down the breeding grounds of the mosquito. Ponds, marinas, lakes, and even pools are all areas that if kept clean, will lower the number of mosquitoes and the chances of a West Nile virus incident.
Even in areas where the virus has been detected, less than 1% of mosquitoes are carriers. And even if bitten by an infected mosquito, less than 1% of humans would become ill. Of the tiny amount of the human population that becomes ill, most exhibit only mild flu-like symptoms. Even among the elderly, who are the ones most at risk, the chances of severe infection are low.

How did this insidious virus reach our shores? No one knows. An infected bird may have been smuggled into the U.S. from Africa or Asia, or virus-infected mosquitoes may have hitched a ride in a plane or in the hold of a ship. The good news is that with the exception of American Crows and other corvids, there are only a few individual birds from 18 species that have hosted the virus.

Crows and jays appear to be highly sensitive to the virus. As many as 10,000 crows died of the disease in metropolitan New York in 1999. Some people have blamed crows for spreading the disease, but scientists think that is unlikely. Crows are victims—not the bad guys. Like the canary in the mineshaft, crows can alert us to the presence of the virus in time to limit the damage done by infected mosquitoes.​ 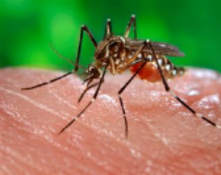 A neurotoxin actually paralyzes the nerves so that the muscles cannot contract. This happens when the neurotoxin enters nerve cells and eventually interferes with the release of acetylcholine so the nerve cannot stimulate the muscle to contract. Unless the nerve can regenerate a new axon that has no exposure to the neurotoxin, the interference at the neuromuscular junction is permanent. This is why it takes so long to recover from botulism and also why cosmetic and therapeutic uses of diluted neurotoxin can be effective for relatively lengthy time periods.

Clostridium Botulinum Type C causes paralysis by attacking the nervous system, acting more like a poison than an infection. As the disease progresses in ducks, different levels of paralysis are observed. An early indication that a duck has been affected is its inability to fly or dive, and diarrhea may also occur. The legs are the next area where paralysis strikes. Once the legs have become paralyzed, ducks are often observed using their wings to propel themselves across the water. Eyelids droop as the inner eyelid becomes paralyzed and, eventually, the neck goes limp. At this point, ducks start drowning due to their inability to hold their heads above water.  If affected ducks do not drown, their death is often due to respiratory failure.​

Clostridium botulinum is the name of bacteria commonly found in soil all over the world. The bacteria are considered to be anaerobic, which means these rod-shaped organisms grow best in low or absent oxygen levels. Clostridium form spores which allow the bacteria to survive in a dormant state until exposed to conditions that can support growth. There are seven types of botulism neurotoxin designated by the letters A through G. Only types A, B, E, and F cause illness in humans.​

Regular pond and lake cleaning by U.S. Aqua Vac helps prevent a variety of diseases, including avian botulism / Botulinum, West Nile Disease, Swimmers Itch, and Schistosomiasis. Every year, many ducks are paralyzed and begin drowning or die after being exposed to the toxin produced by botulinum bacterium. Clostridium Botulinum Type C (also referred to as limberneck disease) is one of the major problems wild migratory ducks face. Type C outbreaks are more common in the western states, though they also occur in the east. Humans, cats, and dogs are generally not affected by Type C botulism. 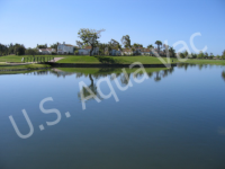 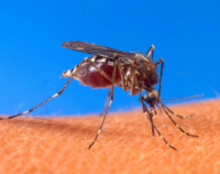 U.S. Aqua Vac’s cleaning will help rid or greatly reduce the spread of…Schistosomiasis (also known as bilharzia, bilharziosis or snail fever) is a parasitic disease caused by several species of fluke of the genus Schistosoma.

Although it has a low mortality rate, schistosomiasis often is a chronic illness that can damage internal organs and, in children, impair growth and cognitive development The urinary form of schistosomiasis is associated with increased risks for bladder cancer in adults. Schistosomiasis is the second most socioeconomically devastating parasitic disease after malaria.

Schistosomiasis, or bilharzia, is a parasitic disease caused by trematode flatworms of the genus Schistosoma. Larval forms of the parasites, which are released by freshwater snails, penetrate the skin of people in the water. In the body, the larvae develop into adult schistosomes, which live in the blood vessels. The females release eggs, some of which are passed out of the body in the urine or faeces. Others are trapped in body tissues, causing an immune reaction.

U.S. Aqua Vac’s cleaning will help rid or greatly reduce the spread of Botulinum neurotoxin is considered one of the most potent, lethal substances known. As little as about one nanogram/kg can mean death to an individual, and scientists have estimated that about one gram could potentially kill one million people. All forms of botulism can be fatal and are considered medical emergencies. Food-borne botulism can be especially dangerous because many people can be poisoned by eating even small amounts of neurotoxin-contaminated food. A botulism outbreak is a public-health emergency that is reportable to the U.S. government.​

U.S. Aqua Vac’s cleaning will help rid or greatly reduce the spread of…Swimmer’s itch, also known as duck itch, cercarial dermatitis, and Schistosome cercarial dermatitis, is a short-term, immune reaction occurring in the skin of humans that have been infected by water-borne trematode parasites. Symptoms, which include itchy, raised papules, commonly occur within hours of infection and do not generally last more than a week.

Swimmer’s itch is a dermatities that develops on parts of the body that have been exposed to lake water containing certain larval forms of flatworms. Reddened spots, called papules, form on the body within hours after exposure and may itch intensely for several days before subsiding. After approximately one week, the symptoms usually disappear. In severe cases, a person can develop a fever, become nauseated and spend several sleepless nights suffering from intense itching.
The trematodes that cause swimmer’s itch are parasitic schistosomes that use both snails and vertebrates as hosts in their life cycles. Most cases are caused by parasites that use waterfowl as the vertebrate host. These avian schistosomes cannot complete their life cycles in mammals, but can accidentally humans, giving rise to mildly itchy spots on the skin. Within hours, these spots become raised papules that are more intensely itchy. The papules are caused by localized inflammatory immune reactions, each corresponding to the penetration site of a single parasite, which dies in the skin immediately.

Botulism Type C spores exist in lake and pond bottoms and thrive when air temperatures rise and water and oxygen levels drop. A hot, dry summer increases the probability of outbreaks and potential deaths. As water levels drop, the bacteria are exposed. Ducks ingest the bacteria when they feed on invertebrate carcasses that harbor the toxin. The toxin can exist in the live maggots that feed on carcasses.

The problem starts with certain bacteria growth in the muck that lies at the bottom of the water. Research to date has concluded that the number-one way of preventing or taking control of an outbreak is by removing the mucky sediment and the bacteria in it. The quick removal of carcasses also greatly helps to prevent large outbreaks. Carcasses provide an environment in which the toxin continues to produce and in which maggots develop. Wildfowl suffering from botulism can be saved if properly cared for. The most helpful thing rehabilitators can do for ducks with botulism in its early stage is provide them with fresh water and keep them in a cool place. Antitoxins are also available, but are expensive. Regulating water levels and controlling insect populations assist in the prevention of large outbreaks.​